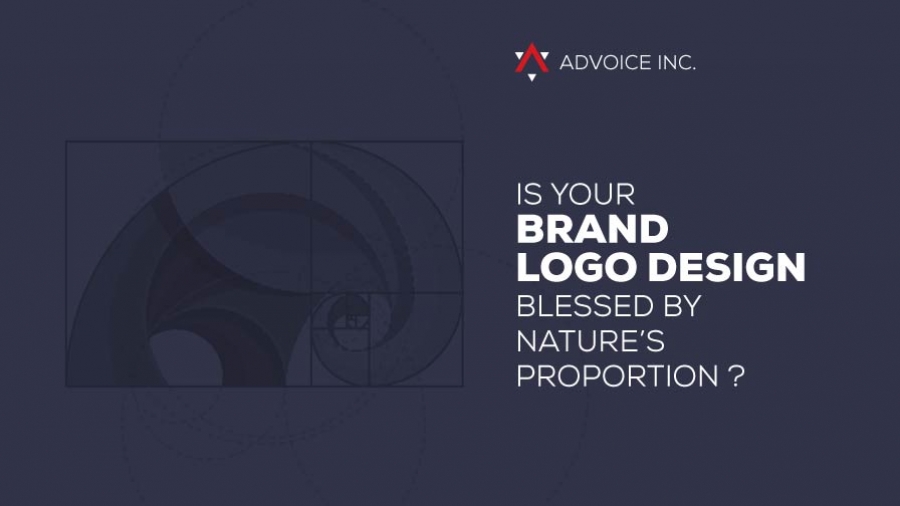 The dynamics of business have changed in today’s Time. A lot of importance is given to brand identity and value. With the cut-throat competition in the market, businesses have started forming their unique points and selling based on those. Apart from that, they are also striving to create a unique awareness for themselves in the market.

Well, the first step to create a unique identity is developing a logo. A logo should generally be catchy and attractive so that it immediately catches the attention of the customer. At the same time, a logo needs to speak for the brand and create its personality based on their products or services.

Creating a logo requires innovation, art and design. However, art and design are completely subjective. One person can fall in love with a particular logo design while the other person can completely disregard it. A lot of people feel that there is no systematic science to beauty.

Although, you will be astonished to know that there is. It is an age-old number that can fit your designs into mathematically proven beauty. It is known as the Golden ratio. Even the world’s greatest and aesthetic painting of Mona Lisa is made with the help of Golden ratio.

What is Golden Ratio exactly ?

The golden ratio is also known as Golden Mean, Golden section or the Greek letter, “phi”. It is a handy number which helps in creating attractive and perfectly balanced designs. These designs are aesthetically satisfying on the cerebral level. A lot of research was done on this and a conclusion was formed. These designs are found aesthetic and beautiful by almost everyone.

The Math behind the Golden Ratio

Golden ratio is when two particular quantities are divided in a manner that their ratio is equal to the ratio of the sum of the larger quantities. Although, that number is fixed only. It is 1.618 and it is called as phi.

There is a particular way of demonstrating this. It is done with the Fibonacci sequence. Fibonacci numbers are used in mathematics and are denoted as Fn to form a sequence. In the sequence, each number is a sum of the two previous ones. The sequence starts with 0 and 1. For example, it goes with 0, 1,1,2,3 and so on. Greeks used to use the Fibonacci sequence a lot. They used it to form a visual pattern for various things.

It is important to understand that a Golden ratio perfectly describes the symmetry between the two halves of an object. You can understand the concept of the golden ratio by illustrating a Golden rectangle. You can cut a square part of the rectangle and yet, the remaining rectangle will have the same proportions as the previous one. This can go on and on like the Fibonacci sequence.

At the same time, when you turn the sequence into squares by placing them side to side, they will create patterns of rectangles. Also, if you observe minutely, a golden spiral will start to form. The pattern works on equations.

However, there is no reason to get overwhelmed with the equations. To understand the golden ratio, you can simply look around. A lot of examples can be found in nature itself.

You might find a lot of things in nature to be really beautiful. This is because they are naturally in the form of Golden Ratio. In this way, the Fibonacci numbers also prove that they reflect a lot of naturally occurring patterns. Some of the examples include:

Have you ever observed the array of seeds in sunflower? You can see various spiral patterns curving left and right too. The most amusing part is that if you sit and count all the spirals, you will find that the total number will surely be a Fibonacci number only. All you have to do is divide the left spiral with the right ones and you will get a definitive answer. At the same time, you can find the same patterns in pineapples, cauliflowers and pine cones.

Honeybees do have their own system. They have a queen, drones and a lot of other bees. The female honeybees have two parents which include the queen and workers. On the other hand, the drones just have one parent. However, a drone’s family is always expressed with the help of Fibonacci numbers only. A drone will have one parent, two grandparents, three great grand-parents and so on.

If you have minutely observed, the floral petals are always present in Fibonacci numbers only. Some of the examples include lily which has three petals. Then, there is buttercup which has five petals. The chicory has 21 while the daisy has 34 petals. The petals are placed based on the Darwinian process. Hence, each petal is placed at 0.618034 per turn out of the circle. This arrangement actually forms a phi and so, flowers are visually appealing.

Shells are aesthetically pretty. Golden ratio is explained on the basis of the golden rectangle. The nesting process of the sequence simply means that it can be carried out in an infinite process. This takes a form of the spiral. Hence, if you closely follow a pattern, you will be able to see that shells also have a similar spiral pattern. They naturally exist in that form. Especially, snail shells and nautilus shells have this logarithmic pattern and hence, they are really beautiful.

All the ancient Greek architecture has pleasing dimensions between the height and the width of the structures. Most of the buildings completely look in proportion. They really look aesthetically pleasing.

Apart from architecture, Golden ratio is also found in various other things. The acclaimed artist Leonardo da Vinci also used Golden ratio to make some pleasing compositions. All of his work was a huge success. He made a painting called the last supper and that is also made with the help of the Golden ratio.

How to make logo design with Golden ratio?

It is quite easy to use the Golden ratio in graphic designing, once you get the hang of it. It gives you a simple number and you have to just make the logo structure based on that. You have to simply multiply your element’s size with 1.618 and you can figure out the size of the other element. Apart from that, you can use the Golden spiral to place your logo design. Apart from that, read on to find out some hacks that will help you in making your logo design with the help of logo design.

If you are creating a graphic or logo that contains text, then consider addressing the hierarchy in your layout. It is possible to use the Golden ratio in your typography. Hence, it is possible to make a poster, wedding invite or even a banner using Golden ratio. The best part is that it will be visually appealing to your customers and they will remember the design. You can use this for a website layout as well.

It is always wise to take some time and ponder over the graphics that you have created. However, if you are running tight on deadline and do not have enough time, then you can always use the Golden spiral. You will never go wrong with it. You can design the logo or graphic and then overlay the Golden spiral on it. Then, you can study which elements are sitting properly and are in harmony.

Golden spiral will give you a lot of perspectives. You can understand the focal points of a logo and work them out properly. You can also centralise the headline in a graphic so that it creates maximum impact. Apart from that, it is easier to understand the elements that need to be shifted so that they add impact and energy in the design.

The logo is literally your brand identity. If it is properly made, it will give your brand message in a single glance. Hence, designing a logo with the help of the Golden ratio is the best decision. A lot of people will instantly connect with your brand. A lot of big companies are actually using the Golden ratio for their logo.

While designing a logo, you can imagine the Fibonacci sequence as a series of circles. Later, you can just rearrange them in a form of a grid. This can actually work as a foundation of your logo. A lot of golden ratio logo are made in this way.

If you are designing a graphic which has various elements, then the Golden spiral can always come to your rescue. It will act as a guide for each of your element. It is a natural human tendency to attract towards the centre of the spiral. Hence, you can always keep the most important message there. This will help you make your graphics intrigued and well balanced.

Some of the famous companies that have used the golden ratio in their logos include Twitter, Pepsi, Apple and even Google. It is a good idea to observe their logos and understand that they are carved in people’s brains. This is because they have proper symmetry and focal points. Apart from that, they are visually very appealing and thus, people like to see them.

Get a logo with Golden Ratio

It is important to understand that Golden ratio has a greater impact on your audience’s mind. At the same time, not every graphic designer will be able to create logo design with the Golden ratio. You will need an expert for that. It actually takes a lot of practice to create logos with Golden Ratio.

We at AdVoice have experts who create logos with Golden Ratio. It is always a good idea to invest in these things from the beginning. They will actually make your brand stand out. It is important to pay attention to these little details as they are really important.

These are some of the factors that are necessary for creating a logo design or graphic with the help of the Golden ratio. It is a good idea to find an expert and invest in your business. Take that first step today.

Strategy + Branding = Next Level in Business